Tuition is paid, new ID card is in-hand, and I'm all set to start classes at Berklee College of Music next week

A year-and-a-third after leaving Google, nine months after officially semi-retiring from the tech industry and subsequently figuring out the next step in my life, four months after moving to Boston, and one day after rushing to get four new vaccinations I didn’t know I needed until this past Friday,1 I’m now officially enrolled (as of yesterday) for the Spring 2013 semester at the Berklee College of Music. Yep, they took my money, then they took my picture. Placement auditions and class registrations take place this week, and classes start Tuesday.

I really don’t know what the hell I’m doing. So many of these people here—mostly kids—are far more accomplished than me. I’m probably the worst student at the school right now. But, I guess I’m used to that feeling, after six years at Google, feeling that I was in waaay over my head with no clue as to how I got in or why they let me stick around. Of course, I’m paying Berklee, not the other way around, so maybe that has something to do with my present good fortune.

This was me the last time I was here, when I was pissed at the world and freaked out from being more than one state away from Virginia for the first time (just as Nevermind began to take over the world): 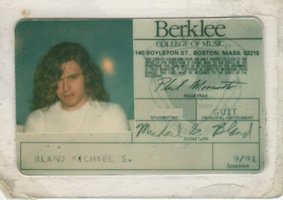 This is me now, having dropped out of Berklee after the first day of classes, returning home to earn a theatre degree at Christopher Newport University, failing to start a music career, hitting a dead end in the shipping department of Optima Graphics in St. Louis,2 returning to CNU to pick up a computer science degree, working on shipboard navigation and port monitoring software at Northrop Grumman, slipping through the cracks of the Google hiring process and subsequently playing a large role in profoundly changing Google’s engineering culture via unconventional means, living in two countries vastly different from Virginia and each other,3 traveling to a number of other countries—getting to know Barcelona as home-away-from-home—and eventually burning with frustration at Google before finally dropping out and returning to Boston4 to take care of unfinished business, to live up to the one big challenge I didn’t live up to before—and still feeling like a scared, clueless freshman, an imposter: 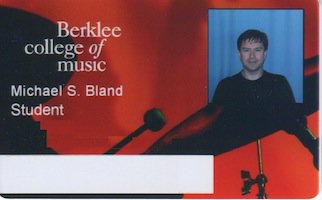 Some people are lucky enough to know what they want to be when they grow up, and can follow the standard narrative required to get to where they want to go. The value they bring to the economy and society at large is measurable and observable. That’s how civilization works at scale, and I’m not knocking it at all. But since leaving Google, I’ve had plenty of time to accept that I’m not one of those people, and I never will be. And that’s actually pretty damn cool, too. 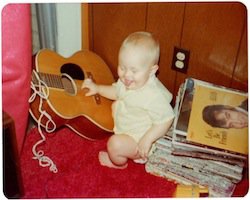